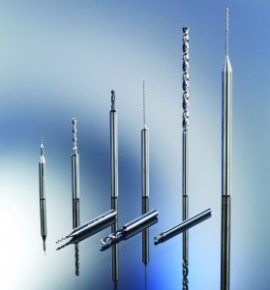 Did you catch the May issue of Shop Metalworking Technology? The magazine profiled one of our customers, BC Instruments, Schomberg, ON, that recently dealt with an urgent prototyping adjustment. Thanks to BIG Kaiser’s comprehensive, in-stock Sphinx product lineup, a reduction in prototype hole size was easily handled. Read more from SMT magazine.

BC Instruments, a manufacturer of precision components for aerospace, electronics, injection mold, life sciences and nuclear industries, recently learned the value of having tools in stock it could draw upon when needed.

The company was working on a prototype part for a customer that works in the life sciences industry when the customer contacted BC Instruments and asked for a change in the hole size.

“The customer asked us to reduce the hole size from .017 in. (0.43 mm) to .015 in. (0.38 mm) and this was an urgent requirement,” recalls Mark Crosby, sub section manager for BC Instruments. “We had some Sphinx drills in stock. We tried them and they worked well, so we continued to use them in production.” The BIG Kaiser Sphinx drill series includes more than 2,000 different drills under 3 mm in diameter as standard. With a range of 0.05 to 3 mm diameters in fine increments of 0.01 mm, BIG Kaiser is able to offer manufacturers exact diameters right off the shelf. The drills feature short deep hole drilling from 2xD to 16xD with coolant-through from 1 mm diameter. The series includes pilot drills and centre drills with “plus” tolerance for better starting conditions. A four-facet point geometry allows for freer cutting, according to BIG Kaiser, preventing the drill from wandering and resulting in closer tolerances.

The Sphinx drill BC Instruments used on the prototype part and subsequently in production was a .39 mm Spirex drill made from high speed steel (HSS) containing 8 percent cobalt. The two fluted drill features a 118º  point angle and a 25º  helix angle. The company uses a Haas VF-3 VMC for its holemaking processes.

Since using the BIG Kaiser drill in the part prototype and production, Crosby says the company has tried other HSS and carbide drills, “but none of them out-perform the Sphinx drill.”

Crosby says the challenge was the depth of the hole being drilled and holding position tolerance. Using the .39mm Sphinx drill, “we are holding a true position of .002 in. (0.0508 mm) across four holes in the same part.”

In addition to this, he says the company can now run 40 holes before it has to replace the drill “with no problems with positional tolerance.”

BC Instruments operates out of five facilities in Schomberg, ON, and employs 130 people. The company has been in operation since 1971. 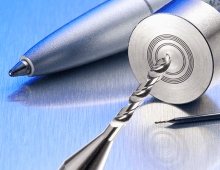 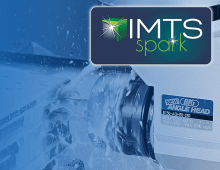 Ago 2020
Light the Spark
We will certainly miss seeing all of you at IMTS, but we have a new place to connect—IMTS Spark. The digital platform will house the latest manufacturing advancements, sessions with industry experts, educational sessions and networking opportunities.
En las noticias 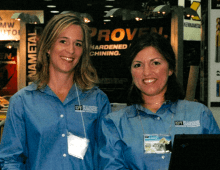 Jul 2020
When I Was Hired
As BIG KAISER celebrates 30 years, Inside Sales Manager Andrea Distelhorst reveals how she got her start at the company.
En las noticias
Interés general 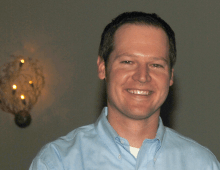 Jul 2020
Party Like It’s 1999
Matt Tegelman, applications engineer and product manager, who has been with BIG KAISER since the last millennium, recalls his first overseas trip for the company.
En las noticias
Interés general 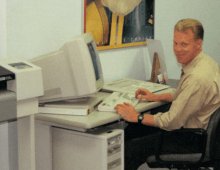 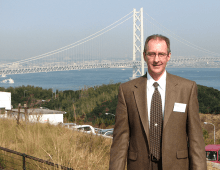 Jun 2020
Appreciate the Opportunities
BIG KAISER's Business Intelligence Manager Dave Stonesifer appreciates the opportunities he's been given to fill the needs of the business while taking advantage of his own interests and expertise.
En las noticias
Interés general 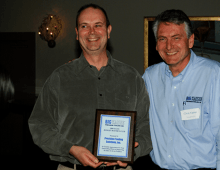 Jun 2020
Looking Back
Looking back, Peter Hopper considers himself fortunate to have represented BIG KAISER in some way for the past 30 years, even before KPT Kaiser was founded in 1990.
En las noticias
Interés general 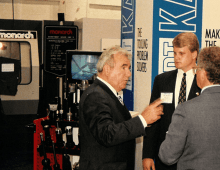 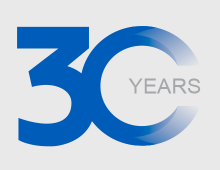 Mar 2020
BIG KAISER is Open to Support You
BIG KAISER is open for business and ready to support you. Our North America headquarters in Hoffman Estates, IL, is maintaining and shipping inventory to all OEMs and manufacturers throughout the United States.
En las noticias

Mar 2020
Statement from BIG KAISER Regarding COVID-19
The safety of our associates, customers, families and visitors remains BIG KAISER's top priority. BIG KAISER and our employees are doing all we can to provide you with your operational needs and to keep your employees safe during this unprecedented and evolving situation.
En las noticias 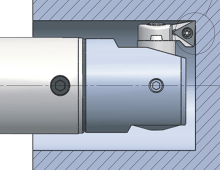